The project comprised the replacement of existing switch mode power supply systems at 17No site locations with new Transformer Rectifier Units and associated switchgear within each of the existing roadside kiosks.

Working closely with the end user (Northern Gas Networks), Sonae (UK) were appointed to carry out the replacement of the existing switch mode power supply units under a scheduled work programme.

Upon isolation of the existing equipment by authorised EL6 Electrical and CP Technician, the existing groundbed, drain point and main earth conductor cabling were disconnected and pulled back to accommodate removal of the existing backboard including switch mode power supply and associated switchgear.

The replacement backboard comprising Transformer Rectifier, Abriox monitor and interrupter (including 2-year roaming UK airtime package for monitor), Antenna and associated switchgear was pre-built within the workshop prior to installation to reduce downtime during the changeover period.

Upon removal of the existing equipment, the pre-built Transformer Rectifier backboard was installed within the kiosk and existing groundbed, drain point and main earth conductor re-terminated to the new backboard assembly.

Upon energisation, the TRU(s) were configured to obtain adequate values in accordance with NGN standards and the test results recorded.

The Abriox monitors were then configured with a single read completed and the data confirmed as being reported and displayed on the Abriox database.

Close Interval Potential Surveys (CIPS) were carried out before and after commissioning to determine the effect of the system.

After commissioning of the new system and the two week stabilizing period, further readings were obtained to ensure compliance with NGN standards and current British and European legislation.

All works were carried out under EL6 Electrical Isolation procedure in accordance with Northern Gas Networks SCO (Safe Control of Operations) management procedures.

The works were delivered to the satisfaction of the Northern Gas Networks project lead during a 3 month programme period in accordance with the key delivery dates specified. 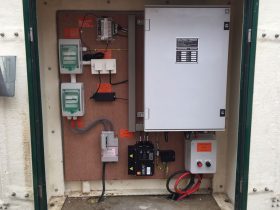 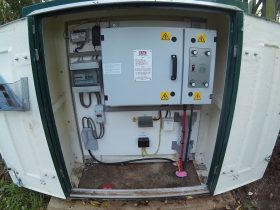